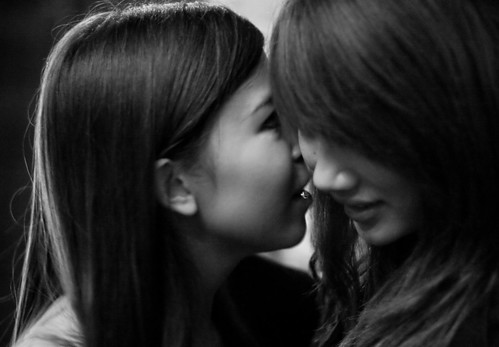 We have a TEFL teaching activity on our site called Chinese Whispers or Telephone.

Some say it’s a demeaning and offensive title, if not outright racist. Others say it’s fine and that it’s ridiculous to question it.

So opinion is divided which means, of course, that we need to ask the question outright and try and find an answer for sure: Is the name Chinese Whispers offensive or not?

Take our poll and let us know…

What’s in a name?

The game is generally called Telephone in the US and Chinese Whispers in the UK. There are a bunch of other names for it as well including: broken telephone, operator, grapevine, gossip, don’t drink the milk, secret message, and so on. In China they apparently call it geese to geese and in France it’s Arab phone.

If you don’t know the game, it involves passing a message along a line of people and seeing if the original message can get through without being garbled or misunderstood.

A couple of hundred years ago in the UK the game was known as Russian Scandal or Russian Gossip. This changed over time till by the mid 20th century it was almost exclusively known as Chinese Whispers.

Various people have suggested a whole slew of different etymologies for the game. Some are patently ridiculous and fanciful, but to my mind the most likely is the association of Chinese as being an incomprehensible language to Western ears.

Some people, however, have a different interpretation. They believe that it comes from a perception of Chinese people as chaotic and incomprehensible; the first Western visitors to Japan in the 1600s brought back tales of Chinese people being noisy, the country chaotic and the language incomprehensible and Chinese was used as an adjective to reflect this. But it wasn’t just a Western perception; in Japan, for example, Chinese order still means chaos.

So it seems that whether you consider it offensive or not depends on where you believe the name comes from.

If you think it is simply because Chinese sounds incomprehensible to most people then it isn’t racist or offensive. It works in the same way as “double Dutch” or “it’s all Greek to me”.

But if you think it relates to Chinese being thought of as chaotic and unorganized then perhaps it is offensive as it implies a negative national stereotype.

Telephone – Chinese Whispers‏‎ – the activity itself

4 Responses to Chinese Whispers: Offensive or Not?