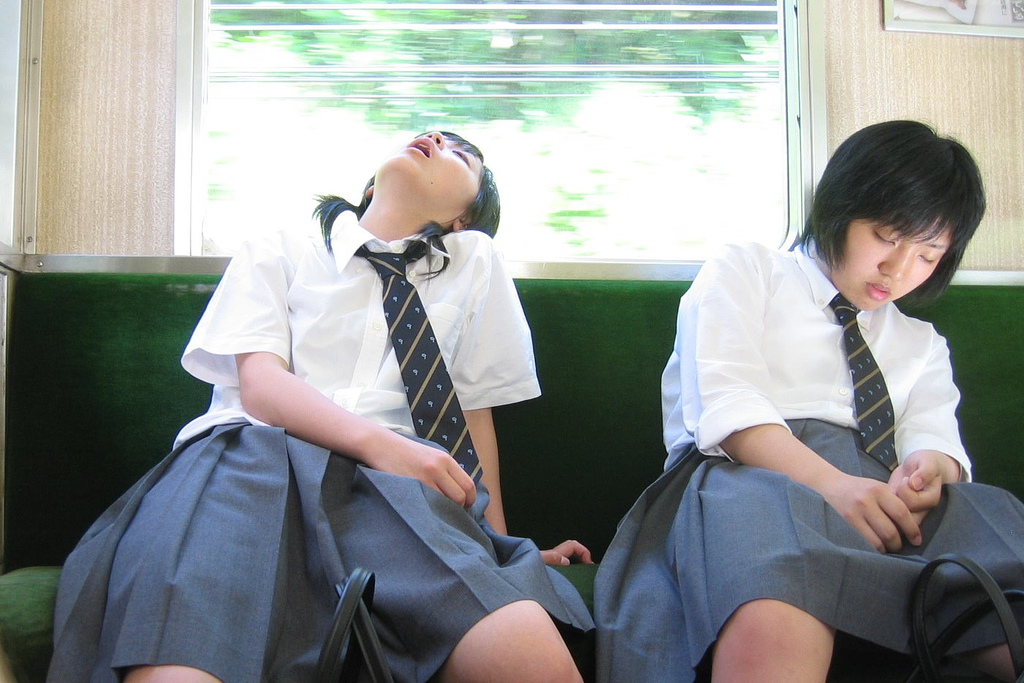 One of our ICAL students blogs about her duties as English Teacher in a public school in Korea. Writing under the pseudonym of Elsa Kellenbence, she gives a straightforward and honest account of her on-going struggle to keep discipline in the classroom, get students to stay awake (literally) in class, win her Korean co-teacher’s support, etc.

But you won’t find only problems here. Elsa is very determined to make a difference and has been looking for practical solutions. ICAL has been supporting Elsa in her efforts and we are happy to publish her blog, hoping her experience may be helpful to other teachers, who may find themselves in similar situations.

I thought that I had come at least partially prepared to teach in a Korean public school. After all, I’d taught three stints of a year each in Korean hagwans (private preschool/afterschool cram academies). I was uneasy about the larger class sizes (typically 26 – 36 kids, compared to the hagwan standard of 8 – 10 kids) and a more rigid curriculum, but I wasn’t particularly anxious. I had been successful in teaching even beginners to use English competently, so I focused on planning how to adapt my lessons for much larger classes and psyched myself up for a new teaching challenge.

The principal had stressed in my first-day meeting with her that the Korean teachers were in charge of the classroom and that I was to assist them under their direction. With that in mind, I let the co-teachers handle discipline.

The result was shocking!

The girls were primping, the boys were wrestling each other in their seats, and all of the others – except the kids who were flat-out sleeping – were jabbering away in Korean.

When I saw that the Korean teachers were mostly resigned to this (I also observed them slogging away in their solo classes without addressing misbehavior) I took control, confiscating make-up, mirrors, Korean young-adult books, notebooks that were being intently doodled in, and assorted toys. I separated the wrestling boys, sometimes making them stand at the back of the room. I started slapping the desks of students who were sleeping to startle them awake, physically sitting them up if this brought no response.

This elicited protests from the kids, but the first two strategies have been effective. I rarely have to confiscate anything anymore after over a month in the classroom. Glaring at the offending kids and asking, “Do I have to separate you two?” is usually enough to break up a wrestling match.

I was left with three major classroom management problems: the relentless (and loud) yammering away in Korean, the flat-out refusal to participate in reading the mandatory dialogs aloud, and the persistent sleeping in class.

The sleeping is an uphill battle. A kid that doesn’t sit up and at least pretend to pay attention after one warning now has to stand at the back of the room. The problem is that they, their friends, and even often the Korean co-teachers will protest that the child in question is sick. “If she’s too sick to sit up in class, she needs to go to the nurse,” I’ll protest. But sleeping in class is too ingrained in Korean culture for me to make much progress. Since they’re not learning but not particularly disruptive either, I’ll lay off if I’m told by somebody else that the child is sick.

After consulting with friends who had been teaching for years in the public schools here, I began tackling the remaining two issues. I started writing numbers on the upper corner of the board. “This number,” I tell them, “is how many minutes we stay in class after the bell rings. If you want to waste time, you will waste your break time. When you are good, the number gets smaller. When you are bad, the number gets bigger.”

From Day One I had addressed my pet peeve – kids leaping out of their seats and bolting for the door when the bell rings – by demanding that they sit until Teacher dismisses the class. I’d sometimes had to dart out into the hall and drag kids back in at first, but since they knew that they wouldn’t be dismissed until everybody was seated and quiet, peer pressure has eliminated any problem at all with bell-triggered stampedes for the exits.

Some classes, perhaps reflecting on my rigid enforcement of “Teacher dismisses the class,” caught on right away and began shutting up and reciting their dialog with just a couple of numbers going up or down on the board. Other classes treated it as a joke, laughing and pointing and cheering each other as the numbers went up. Behavior is improving, though, in almost all of my classes, though, as it becomes crystal clear that Teacher is serious and the Korean co-teacher will back me up, sometimes guarding the doors against incoming students for the next class in that room. I have faith that even the rowdiest classes will come into line in a few weeks.

Being Foreign & Being a Foreign Teacher

The next thing I needed to adapt to was the role of a foreign teacher in a Korean public school. Over the first couple of weeks on the job I learned that we’re not so much expected to teach as we are to stand as evidence of the national policy of dedication to teaching English. In short, we’re largely decorative. If we happen to get any teaching done, that’s nice, but it’s not what we’re there for.

In some ways, this takes the pressure off. It’s impossible to fail to live up to expectations if there are no expectations in the first place. But it’s also painful to be a teacher who often isn’t seen as really being a teacher. The most profound manifestation of this is the fact that I wasn’t even provided with the curriculum until the afternoon of the day before my first class – even though I’d already been at the school for over a week. As for how important my lessons are: My classed are often cancelled without notice, usually due to things that the other teachers already know are coming, such as tests.

The final hurdle – the one that I had expected to be my first priority – is getting a chance to actually do some teaching.

Dealing with the School System… and Korean Teachers!

Korean middle schools have three grades, from first to third, corresponding to 6th, 7th, and 8th grades in a western school. The curriculum is mind-numbingly easy to prepare for, since each grade, divided into between 6 and 9 classes, is always in the same chapter in the same book, and the activities are mandated and identical in all three grades and in every chapter.

At first I tried to track exactly where each class was in the curriculum, but I switched to simply asking the kids to open their books and tell me where we are in the lesson. This is easier for me and forces them to actually communicate in English first thing in the class.

Dealing with the rigid lessons was depressing at first. There is a lot of playing recordings of dialog, making the students read and recite the dialogs, and passing out dictation papers for the students to fill in as they listen to the dialogs.

None of this is helped by the traditional Confucian teaching approach common in Korea: teachers pour forth information and students are supposed to stash it somewhere in their brains. Compounding the problem is the habit the Korean co-teachers have of teaching their classes exclusively in Korean. They don’t even use basic sentences and vocabulary that even beginning students should understand, such as “Open your books,” “Repeat after me,” or even yes, no, and numbers. Even worse is the Korean mandate of advancing the children through the grades by giving everybody a passing grade even if he or she hasn’t a single clue about any of the subjects. This has produced a lot of passive students with no more grasp of English than a random American has of Portuguese even after having sat through English classes since the third grade.

The relationships with the Korean co-teachers vary.

Most of the teachers have come to trust me, two of them consistently just popping into the classroom from time to time to see how things are going but otherwise letting me do my thing unimpeded. Several others spend most of the time in the classroom but act more as an extra presence.

Only two co-teachers have been seriously problematic. One of them insists on repeating everything I say in Korean and frequently takes five to ten minutes of classroom time to elaborate on the lessons. Since I have no authority over her, and I’ve asked her to please stop, this is just something I have to put up with. The other will interfere with my discipline, insisting that the children don’t understand what’s expected of them because they understand so little English. She’ll actually undermine my discipline in front of the students. I’ve told her that I’m not expecting them to understand English, but to follow through on rules that they surely should know, considering how long they’ve been in school. On student in particular, the ringleader of disruptive boys in one class, plays her like a violin, staring me down defiantly and then turning to Ms. K with Puss-in-Boots eyes the suck her in every time. She’s slowly coming around, however, as she sees that when she allows me to discipline the class, the kids’ behavior improves.

Written by Elsa Kellenbence who is a teacher currently working in Korea and taking the ICAL TEFL course.