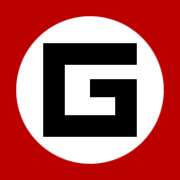 A Grammar Nazi is a pedantic soul who takes pleasure in finding grammatical errors and pointing them out to people. Whether asked or not. Collectively they can be known as the Grammar Police.

Grammar Nazis will know it is spelled grammar and not grammer. They will know the difference between they’re vs their vs there and they will certainly know how to use apostrophe‏‎s correctly.

Considering the atrocities committed by the Nazis this slang‏‎ term is sometimes considered to be in poor taste. As a teacher you should always be culturally aware and so whilst this term could be used in certain countries and with certain classes without being an issue, in other places it may be problematic.

In the US the use of the term Nazi to denote a pedant is not generally deemed offensive; in Germany however the situation is far different. For a teacher working abroad, it might therefore be more appropriate to use a term such as grammar pedant.

The term, Nazi, was brought into popular use as an abbreviation of the German pronunciation of Nationalsozialist in the 1930s. However, it was used before this as a slang and pejorative term for a peasant (coming from the name, Ignatius, a common name in Bavaria).

The use of Nazi to mean a pedant is first found in the term, Safety Nazis by P. J. O’Rourke in Inquiry from 1982. The earliest known occurrence of the term Grammar Nazi comes from the Usenet group comp.sys.apple2 in January 1991 by an anonymous user who has corrected another user’s spelling

The chart below shows the use of the term Grammar Nazi as it appears on Google Trends. As you can see, it was barely known before 2007.