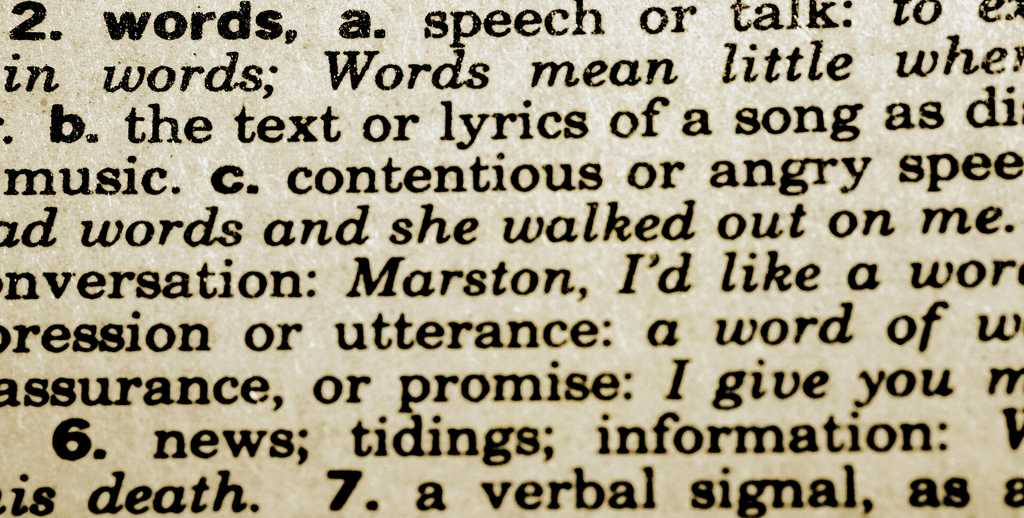 A word is a unit of language that has a phonetic value‏‎ (i.e. a sound) and has a meaning. It can also be written down in which case it will have a certain spelling.

They are – as you might well imagine – the building blocks in English language learning and teaching English.

The collection of words in a language is known as the vocabulary and when collected together they are listed in a dictionary.

Speaking linguistically, a word can be described as the smallest possible unit in a reply.

This is a single word and fine. Anything smaller isn’t a word at all and makes no sense.

In written language words are separated by either a space or a punctuation‏‎ mark:

But in spoken language the words run together and can sometimes be difficult to separate. If we were to write the sentence above as it sounds then it would look something like this:

A word consists of one or more letters‎. The two most common single letter words are I and a. The longest word cited in the Oxford English Dictionary is pseudopseudohypoparathyroidism (a type of disease).

In many cases (including pseudopseudohypoparathyroidism) words are made up of a root (or stem) with one or more affixes‏. For example, taking the root walk, here are a few of the additional words we can make from it by adding affixes:

So how many words are there?

There are still many questions remaining about words in terms of what actually constitutes a word. This means the question of how many words a language has remains debatable.

To take a few examples:

Vocabulary‏‎ – how many words are there? And how many do you know?

Compound Words – words made up of other words