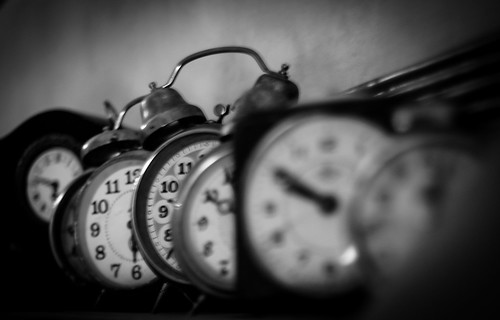 How many Tenses are there in English? It sounds like a simple question, but, unfortunately, it isn’t.

This is because different people – including both students and TEFL teachers – have different definitions of what a tense actually is and there is no single, accepted one.

However, in English there are 3 general definitions of what a tense is all about:

Some people look at tenses as referring to time. For them there are 3 tenses in English corresponding to the past, present, and future:

This seems fairly straightforward until you look at other languages and some varieties of English‏‎. Then you see that this is a fairly arbitrary chopping up of time. African American Vernacular English, for example differentiates between the recent past and the distant past. Thus relating tense directly to time can produce more than just 3 tenses for some people.

Other people talk about tenses as verb forms‏‎. For them there are 12 basic tenses (but even this number varies):

And this is followed by the simple, continuous, perfect simple & perfect continuous forms for the present and the future, totalling 12 tenses in all.

But it doesn’t stop there. On to this list some people will also argue for conditionals‏‎ and the subjunctive‏‎ which take the number up. If you add to this the recent/distant past distinction in some varieties the number of tenses goes higher still.

Finally, some people talk about there being just 2 tenses: the past and present. They say this is the case because in English there are – morphologically speaking – only 2 verb forms:

I walk in the present.
I walked in the past.

The future, they say, is taken care of by using the present tense plus a modal verb‏‎ for example, such as might, will, could, etc. In other words, there is no specific future tense in English.

(Some people take a philosophical approach to this and talk about us being unable to know the future therefore we can only talk about it in terms of possibility, therefore we must use aspect, modality and so on. However, in Latin, for example, there is a morpholigcally marked future tense which negates this argument.)

So Who is Right?

No one and everyone.

The answer depends on who you talk to. Some people are very vociferous in championing their own definition of tense and will claim that because such-and-such a grammarian says it then it must be true. But the truth is that there is no definitive answer.

Here at ICAL TEFL we talk about there being 3 tenses (past, present & future) and a number of verb forms within each tense. Others disagree.

So why do we choose to use 3 tenses? Quite simply it’s often convenient to talk about 3 tenses because it can be related directly to reality: past, present & future. Students tend to understand these concepts easily and in teaching English, that is the bottom line.

Please vote on this simple poll and tell us how many tenses you believe there are.

The final word goes to Douglas Adams in his book, The Restaurant at the End of the Universe:

The major problem is quite simply one of grammar, and the main work to consult in this matter is Dr Dan Streetmentioner’s Time Traveller’s Handbook of 1001 Tense Formations. It will tell you for instance how to describe something that was about to happen to you in the past before you avoided it by time-jumping forward two days in order to avoid it. The event will be described differently according to whether you are talking about it from the standpoint of your own natural time, from a time in the further future, or a time in the further past and is further complicated by the possibility of conducting conversations whilst you are actually travelling from one time to another with the intention of becoming your own father or mother.

Most readers get as far as the Future Semi-Conditionally Modified Subinverted Plagal Past Subjunctive Intentional before giving up: and in fact in later editions of the book all the pages beyond this point have been left blank to save on printing costs.