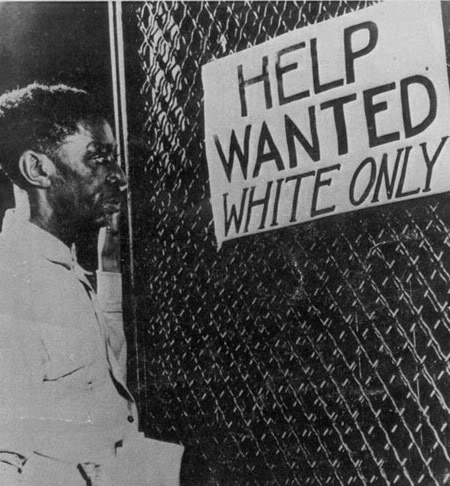 The unfortunate state of affairs in TEFL… sometimes.

Racism in Teaching English does occur to a greater or lesser extent in most countries.

This article looks at racism in TEFL‏‎ outside English speaking countries; this is where it is most prevalent.

In many countries foreigners can be the source of interest and speculation and this applies to any new face, regardless of color. This kind of interest can happen in any small town or remote location in almost any country from Spain‏‎ to Peru‏‎ to Australia.

In places like Asia, where people are more used to seeing white westerners, black people will find they attract more interest and curiosity.

On the whole this interest is usually confined to just that: curious interest. But sometimes (again, especially in more remote places) it can take some getting used to and if you are very sensitive to this kind of behavior, it should be something to bear in mind.

In places like South Korea or Japan, black people will be the subject of a prejudice fostered by local perceptions of them as violent and troublesome. This perception is by no means common, but it does happen and this kind of racist belief is perhaps on a par with the prejudices found in almost any country including both the USA and the UK.

The basic fact is this: if you are white and Western you stand a better chance of landing a job than if you are not. If you are black or Asian then you may well be discriminated against.

Given two similarly qualified and experienced candidates, one white and one black or Asian, no one would be surprised if the white candidate gets the job. Then the Asian candidate. And finally the black candidate. Generally speaking, the darker one’s skin, the harder it is and this has led on to the situation where native speakers who happen to be black are passed over for non-native speakers of questionable ability.

However, that is not to say there are no black or Asian TEFL teachers. On the contrary, there are many (see the links below) but there can be issues finding work if you are not white.

There is one common reason why white teachers are preferred: in the mind of many people a typical westerner will be white and parents want their child to be taught by a typical westerner. There is sometimes the feeling that a black or Asian teacher is not western enough and that they will not have the same level of English as a white teacher.

In other words, if the teacher is tall, blond, blue-eyed and white then parents will think their child is learning better, more genuine English than if the teacher has African or Asian or Indian features.

Most advertisements do not specify color, but some – often Chinese – do:

Hello, Our school is located in Dongguan in the Guangdong province of China, just about one and half hours drive to Hong Kong. We are currently seeking for 2 white teachers to start work on Monday(Feb. 23). The weekly workload is 20 lessons maximum. The salary is 7000RMB/month. Our students are middle school students with intermediate English level. If interested, send your full photograph, passport data page and visa section to our e-mail: dream.educ@gmail.com. VIOLET-13580794403 13713166806.

This advertisement was accepted by ESL Teachers Board in 2009 and was still on display in July 2012 although by December that year (3 years after accepting it) they had removed the offending advert. (We have left the email address in the advert in case you’d like to email them about their policy, we did.)

In many cases employers ask for a photograph to be sent along with an application for work. This is where many non-whites are removed from the process.

If you can approach the school in person, then often this will help secure work. It’s a matter of getting your foot in the door and showing a prospective employer the real you rather than have them assume all the wrong things from a picture.

On a good note, government run programs (such as JET, or EPIK) are generally very unbiased when it comes to selecting teachers and will look at qualifications and experience above everything else.

Generally speaking, Asia is known to be discriminatory in its hiring practice. It is often accepted as “the way things are” and little is done about it. There are few regulations in place to combat it and progress is slow in stamping it out.

The situation here varies. There are a considerable number of black teachers working in China and the need for teachers is overriding the consideration of wanting a white and Western teacher. For example, there is a large expat Jamaican community in China; one of the main issues has not been one of color, but of educating the Chinese schools that Jamaica is an English speaking country!

However, although many Chinese will pay lip service to equality, the bottom line is that many jobs are handed out to whites only; the blatant advertisement mentioned above is by no means unusual.

Not usually a problem but in less cosmopolitan cities there will be staring and interest (but this can be to any outsider).

Many black teachers report the difficulty of getting work; this also applies to Asian teachers who have the same problem. Schools are sometimes very up-front about this, telling black teachers they only hire white teachers and so on.

The schools here would like their teachers to be “foreign looking”, i.e. white and Western and have been known to show off their white teachers to prospective parents in order to impress them.

There is, however, a large non-white community of expats here and work can be found; it may just take a little longer than usual.

See also this ICAL Blog entry written by a black teacher in Korea – link below.

Again, white teachers are preferred over black in Morocco‏‎; rarely will Asian teachers find work in this country.

Racism exists in Taiwan‏‎ and you will occasionally come across advertisements for “whites only” to teach in schools (in much the same way that adverts will also specify age, marital status and so on). Taiwan is fairly insular in the way in which any foreigner – regardless of race – is pointed out and often singled out for special treatment (both positive and negative).

Reports suggest it is not a major problem for black or Asian teachers to find work in Thailand‏‎.

Korea, People, Racism – a blog from a black teacher working in Korea

Great blog written by Ashley Evangelista on teaching in China and color.

A black teacher’s experiences of teaching in South Korea

2 Responses to Racism in TEFL