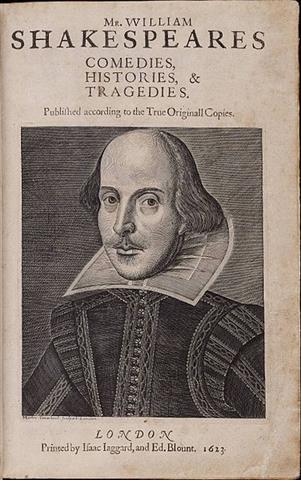 William Shakespeare (26 April 1564 – 23 April 1616) was an English poet and playwright, widely regarded as the greatest writer in the English language and the world’s pre-eminent dramatist.

His surviving works consist of about 38 plays, 154 sonnets and several poems. His plays have been translated into every major living language and are performed more often than those of any other playwright.

The language of Shakespeare is (mostly unknowingly) still very popular in modern English and many of his neologisms‏‎ are still in current use. He “invented” over 3,000 words‏‎ by changing nouns into verbs‏‎ and verbs into adjectives‏‎. He joined previously unrelated words together and used affixes where they had not been used before.

Just a few of his creations are here:

As well as individual words he created a mass of memorable phrases of which here are just a few still in common usage (although some have been slightly altered over time):{youtube}65Cy4-rfd24{/youtube}

a foregone conclusion
a sorry sight
all corners of the world
as dead as a doornail
as luck would have it
as pure as driven snow
at one fell swoop
come what may
fair play
fight fire with fire
for ever and a day
foul play
good riddance
green eyed monster
high time
hot blooded
in a pickle
in my mind’s eye
beggar description
lay it on with a trowel
love is blind
more fool you
off with his head
rhyme nor reason
set your teeth on edge
some are born great some achieve greatness and some have greatness thrust upon them
star crossed lovers
stony hearted
the game is up
the short and the long of it
too much of a good thing
method in his madness
truth will out
vanish into thin air,
seen better days
wild goose chase
woe is me…

Shakespeare’s influence on English cannot be overestimated. The video shows a few examples.