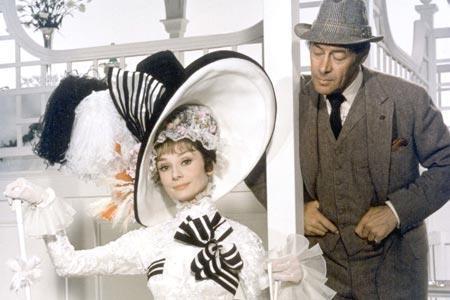 TEFL on Film are those movies or television series which have as a theme or plot point, the Teaching of English as a Foreign Language.

Here we present a short list ordered by date and review them. If you know of any others including TEFL then do please email us with details.

This is a web series made in Japan about English teachers in a small struggling school there. It’s pretty cheesy but has its moments. The entire series is available online. IMDB link.

“Mark Salzman always was interested in Kung-Fu and the Chinese culture and claims to have seen every Kung-Fu movie. In 1982, with a degree in Chinese literature, he visits a province university in China for two years to teach Chinese teachers the English language. He learns the refinements of correct behavior among Chinese people, makes friends with his pupils, falls in love with the young doctor Ming, learns Uschu (similar to Kung-Fu) from the famous teacher Pan… but also learns about political repression, especially when he’s forbidden contact with some of his friends.”

That’s what the blurb says. In actual fact, the movie features Mark himself “teaching” a class of people who can already speak English very well. There’s little or no English teaching done really and if all students were like this, the TEFL world would be perfect indeed. The film is heavily pro-American and anti-Communist. And Mark’s acting is as bad as the plot. IMDB link

Well, not strictly about TEFL, but we do see Robin Williams teaching English to a class of Vietnamese students in order to get close to a girl he likes. He doesn’t teach them very well and whilst he might be entertaining in class, after a few lessons I’m sure the school owner would come in and get him to go back to the book and start teaching them the different between the past continuous‏‎ and past perfect simple‏‎. Typically written by someone who knows nothing about TEFL whatsoever. IMDB link

Two friends who are dissatisfied with their jobs decide to join the army for a bit of fun. The film opens with one, played by Harold Ramis, holding his first ever English teaching lesson. (See here for clips.) IMDB link

This was a British sitcom from the seventies featuring a luckless teacher trying to teach English to a disparate class of foreigners in England. The humor derives from the students misunderstanding and inability to use English properly.

It was notable for featuring banal stereotypes of different rationalities: the amorous Italian, the efficient German, the ideological communist Chinese, the camera clicking Japanese, the sexy French au pair and so on. (See here for clips.) IMDB link

Michael Caine stars in this adaptation of John Fowles book, The Magus, about an English teacher on an island in Greece who gets caught up in a bizarre game. Ok, he’s teaching at an international school so not quite TEFL, but he is in Greece which makes it sort of so… Rather bad movie though and not especially worth the time and effort to watch. IMDB link

In Edwardian London a misogynistic elocution teacher takes a working class girl and trains her to speak like a duchess and thus pass herself off in high society purely by the way she speaks. Cheesy and romantic (and littered with songs; this is a musical), there are some amusing moments when the teacher and the girl practice talking posh. IMDB link

Anna & The King of Siam is a drama made in 1946 and based on the book by Margaret Landon about the British Governess at the court of the King of Siam in the late 19th century, itself based on the memoirs of Anna Leonowens which have recently found to have contained many inconsistencies and errors. It has political overtones and involves itself with emancipation and the like. The film stars Rex Harrison as the King and Irene Dunne as Anna. IMDB link

The story was turned into a musical by Rogers and Hammerstein which was made into a film in 1956 with Deborah Kerr and Yul Brynner. IMDB link

There’s also an animated version made in 1999.