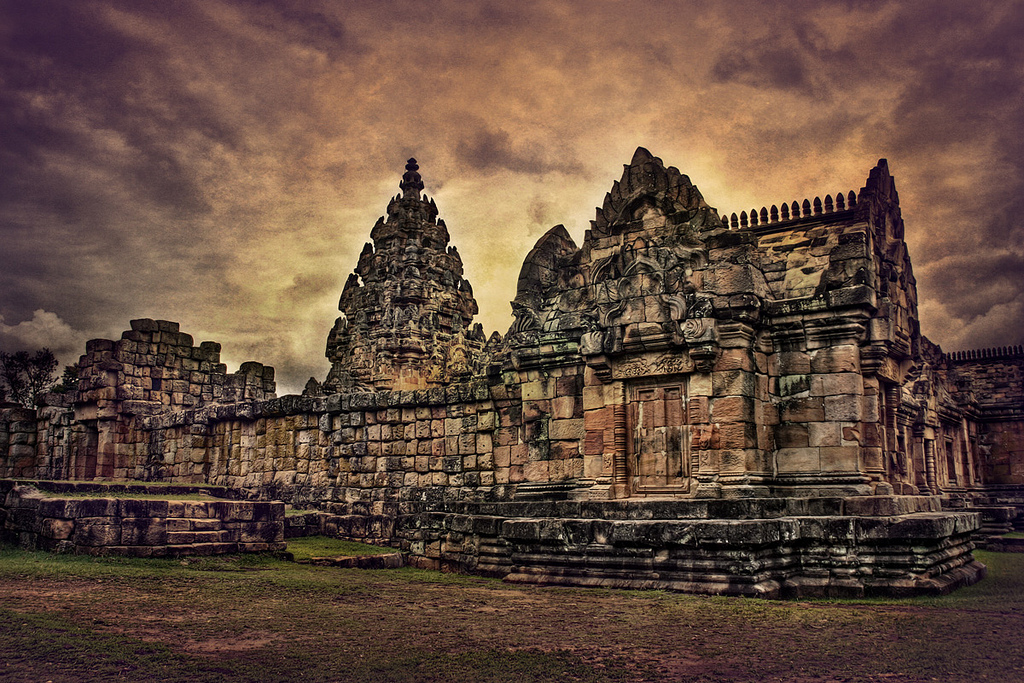 There are many good jobs in Thailand for English teachers. While in the past almost anyone could get in and teach there, these days standards have risen and competition for jobs is greater so the more qualifications and experience you have, the better.

In the past being a native speaker was enough to find work as a teacher in Thailand. However, these days to stand a good chance of finding work you will need:

Having said this, there are many people currently working in Thailand who do not have a degree, however their numbers are diminishing; the fact of the matter is that if caught working without a degree a foreign teacher could face deportation. In 2014 the government announced it was setting up a database of foreign teachers in Thailand (in the name of national security) and would be checking qualifications and visas.

With regards to the legal aspects of working in Thailand, in principle, visas should be obtained before entering the country. Visas can be obtained from all Royal Thai Embassies and Consulate-Generals abroad. There are different types of visa which are issued according to the purpose of the visit so make sure you check with the relevant Thai authorities in your area.

In practice, though, the majority of foreign teachers teach on a tourist visa or a non-immigrant visa. To become a legal employee and therefore be entitled to a work permit you need a Non-Immigrant B visa. The papers you will need to present for this type of visa will depend on where you are coming from. Once you have your visa you can leave it up to your employer to organize the work permit. Universities and established language schools may be willing to apply for a work permit on behalf of teachers who have proved themselves successful in the classroom and who are willing to sign a 1-year contract. To be eligible for a work permit you must have a minimum of a BA and, in most cases, a relevant teaching certificate. However, it is common practice for English teachers to cross the border into Malaysia every 3 months to get a new 3 month visa from the Thai consulate there.

Note that non-native teachers will additionally need a TOEIC or similar to prove their ability in English.

Where to Teach in Thailand

As far as regions/places to teach, here are some basic descriptions:

Looking for a Job

Bangkok, Thailand’s capital city, offers endless employment opportunities, but work can also be found in other big cities such as Hat Yai and Songkla in the south, or Chiang Mai in the north.

If you are in-country then the English language version of the Yellow Pages is a good first source. Equally useful are the Bangkok Post and the Nation, Bangkok’s daily newspapers published in English where teaching posts are often advertised.

Both private and state schools can offer you employment as an English teacher and locating them is not difficult. Though you are sure to find employment, you might have to start with part-time and occasional work with several employers and slowly work your way up to a 20-30 hour week.

However, Thailand offers enough opportunity that it is certainly possible to find work in Thailand from abroad. Most current teachers found their work while outside of Thailand, almost as many found work while traveling through and being in the right place at the right time, and a few people (who must also have lots of patience!) found work by coming to Thailand for it on spec.

Perhaps the most demanding employers – in terms of curriculum – are the international schools which require teachers to have more experience and often higher qualifications. These schools are also the ones which offer higher salaries, particularly if you have been recruited outside the country.

The best time to look for work is February or March as term starts in May. Late September into October is also another good time to find work as this time of year is approximately in between terms. Work, however, can be found throughout the year in many places.

Thailand is generally a very safe country to live and teach in – aside from the traffic! – and an amazing place with many cultural delights.

The students are generally very polite and respectful. The downside is that the salaries are quite low (enough to live on, but not much to save), and the famous attitude of “mai bpen rai” can sometimes be challenging to work with as a foreigner.

Average wages start at 30,000THB or about $950 USD (€752, £604) per month. On this kind of salary it is very possible to live well (vacations, eating out every night, enjoying bars with foreign and Thai co-workers, etc), and still save some money. As always, it depends on your spending habits and what you choose to spend your money on.

It is important to note that larger cities like Bangkok or Chiang Mai are an exception to this basic salary and cost of living. Though the salaries in these large cities may start at over 40,000THB or $1300 USD (€1029, £827) per month, the cost of living is sometimes comparable to what a foreigner might be used to in the non-major cities of their home countries. It takes much more fiscal discipline to live and teach in Thailand’s large cities as opposed to its rural and remote areas.

Also important to note about wages are Thai laws regarding them. A portion of your salary is, by law, considered what your school is required to provide as a living expense (i.e. rent). Therefore, a new teacher should not expect to negotiate a larger salary, arguing it would cover living expenses.

Another variable in wages are International Schools which often offer higher starting salaries of between 50,000THB or $1600 USD (€1266, £1018) to 90,000THB or $2850 USD (€2255, £1813) or more to the right candidate who more often than not will have a Masters and/or specialised teaching degree (e.g. in Early Learning, etc) and a teaching license from their home country. Havintg said this, with luck a less qualified teacher with several years of experience teaching in Thailand can sometimes find work in an international school.

Health insurance‏‎ from schools can be a hit and miss affair and it is probably best to arrange this before you come.

Cost of Living in Thailand

And in a less developed town it is possible to rent a home with several rooms, a yard, carport, etc in a gated community. However, a furnished living space is rare. Most teachers live in a city apartment costing less but with easy access to the school and city.

In less commercially and industrially developed places of Thailand it is possible to eat out well for less than 50 THB or $2 USD (€2, £1); alcohol will raise the price though.

Utilities vary depending on the person and their living arrangements. Some people use so little electricity that the government will actually pay their entire electric bill for that month (part of a special program to encourage conservation among the Thai people). Most, however, will keep the air conditioners blasting. Figuring in electric, water, internet, TV, etc and utilities will run about 3,000 THB or $100 USD (€79, £64) or so per month. Drinking water and tap water – which you can’t drink with out serious filters – are often the cheapest utility bills.

For those who need corrected vision, Thai optometrists are excellent. Keep your prescription information handy before you leave, and expect excellent deals on glasses and eye exams – bartering even in the eye glass store is not unheard of!

Many people in the country have a small moped for transport. A brand new one costs around 40,000 THB or $1250 USD (€989, £795) and the cost of second hand ones varies tremendously (as does their condition). Cars are much more expensive and not really an option for most teachers.