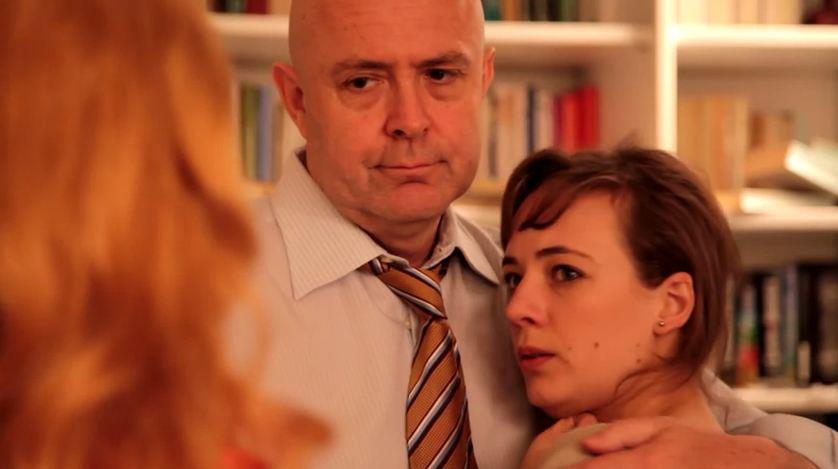 ESLdrama is a brand new web series produced especially for learners of English.It’s stylish, clever and well produced. I watched the first episode earlier and found it completely engaging. Then I spoke to Sean James Sutton, the director of the series, to find out more…

Jenny – Sean, why produce a series like this? Surely there are plenty of video resources for ESL learners already?

Sean – The answer is quite simple. If you look at the majority of ESL videos out there you’ll find they are either for advanced students, or they are for native speakers and adapted for ESL learners, or they are just very poorly produced. So firstly we wanted to make something for everyone which means beginners to advanced students. And secondly so much of what is already available is, to be frank, boring and banal. For me – as a former English teacher – one of the most important things I can do is interest students. These days they can watch incredible stories and superbly produced shows on television but when they step into the classroom the chances are that if they can watch something of the right level in English it’s going to be boring and banal. We wanted to change that. And that’s why we made ESLdrama.

Jenny – So how do you make a series like this interesting and accessible to all students?

Sean – Well we started with the plot – or plots I should say. Just like any soap we created an engaging storyline: troubled relationships, a marriage in crisis, money problems and so on. These are universal themes which appeal to everyone. Then we worked on the structure and dialog so that it could work at all levels. Beginner students will find they can understand the main themes; advanced students will be able to pick up more subtle language points. But a lot of thought also went into the editing as well. For example in almost every case you can see clearly the person who is speaking so the audience can not only hear them but also pick up on body language and context like this. It was made very much with learners in mind.

Jenny – The episodes are quite short, I guess again that’s to help with comprehension.

Sean – Exactly! If you’re going to use video in the classroom you don’t want the students sitting passively for 30 minutes or more and getting lost in the dialog and losing interest. It’s too easy to lose students that way. Each episode of ESLdrama is under 10 minutes so there’s plenty of time in a 60 minute lesson to introduce it, watch it a couple of times and then discuss it afterwards.

Jenny – But what about help for teachers? Is it just a matter of them showing the video to the class?

Sean – Of course not! We’ve spent a lot of time coming up with lesson plans for each episode. Because we err on the side of making these videos interesting and stimulating for students there’s a lot of conversation and discussion involved with the class. We don’t suggest boring comprehension questions and getting the class to watch for details – I mean that’s not the way you or I might watch EastEnders or The Young and the Restless or whatever.

The first episode of ESLdrama is online now with further episodes to follow; also see the professional website of Sean James Sutton.

Note: ICAL TEFL have sponsored the first episode of the series; we like the idea and the way it has been produced and we think something like this is long overdue!