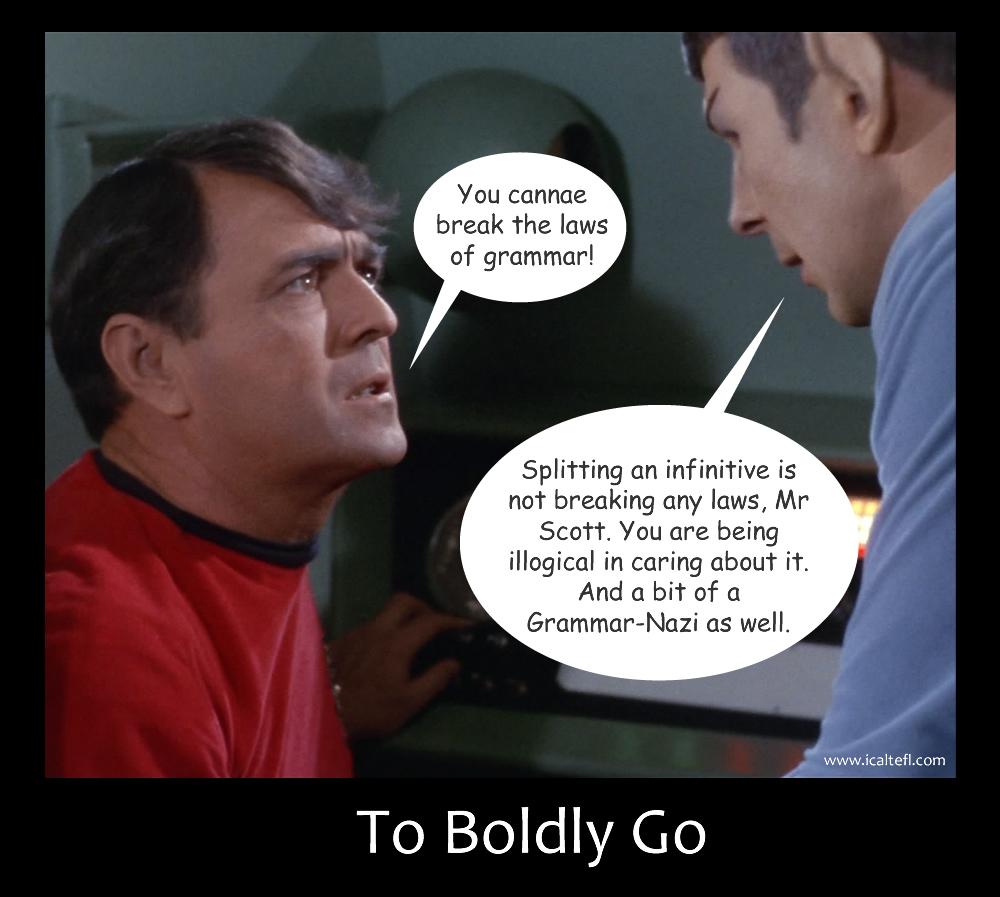 Split Infinitives are a construction in English‏‎ when the infinitive of a verb‏‎ is cut in half by another word. For example:

The infinitive is most often split by an adverb‏‎ or adverbial phrase‏‎.

I attempted to carefully remove the plug.

She began to frantically and almost hysterically rip at the packaging.

The first written record of a split infinitive occurs in a 13th century manuscript in Middle English. Before this infinitives in English could not be split because they were one word only.

By the 14th century it was common in literature but two hundred years later in the time of Shakespeare in the late 16th century it had fallen out of fashion (Shakespeare only uses it once in his works) and the King James Bible, for example, translated in the early 17th century does not use it at all.

But then it came back into fashion, especially in colloquial speech, and by the 19th century it was very common. It was then that grammarians began to discuss the construction more often and then rail against its use.

Whilst a few grammarians defended it, most did not, bringing into play 2 main arguments against its use:

Note that today people often cite the 19th grammarians love of Latin as a reason why they objected to split infinitives; this is not the case, however. The argument goes that in Latin infinitives were not allowed to be split and therefore when the grammarians applied traditional Latin grammar rules to English they decided that splitting infinitives was wrong in modern English because it was wrong in Latin. However, this argument does not hold weight since it was not wrong in Latin, just impossible!

With the availability of corpus linguistics and the trend to descriptive grammars, split infinitives are acceptable now to all but the most conservative and traditional users of English.

In a TEFL class it is not necessary to correct split infinitives or even mention them. Only pedants will object.

Grammar Course – a course to learn the basics of English grammar

Corpus Linguistics – the basis of how modern grammars are written